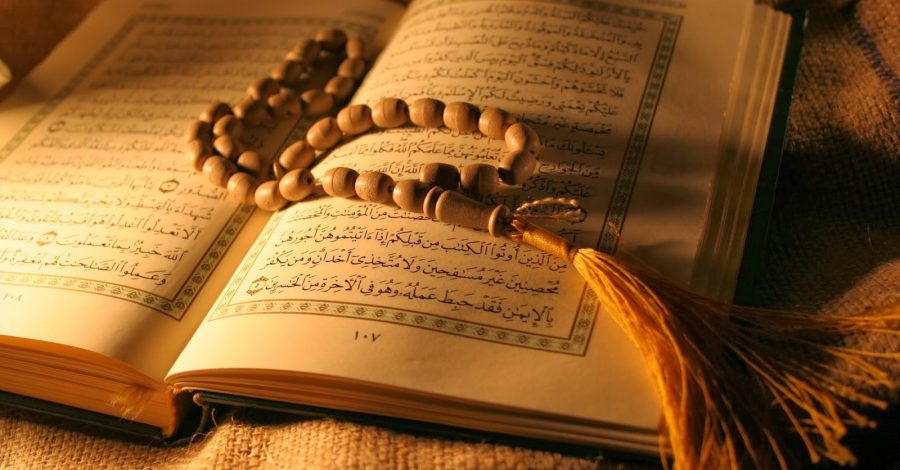 This series of posts will include a translation of select verses from the Surahs in the Quran. This will be a selection of verses that I thought carried one or more of the following attributes:

They were direct commandments.

They hinted upon action and behavior that is deemed superior by the Almighty.

They were a reflection of a way to live our lives on this planet.

They provided an answer to some of society’s most burning religious and social questions.

They offer a stark contrast to some extremist agenda often attached to the religion Islam.

They shed light on morality, peacekeeping, intention, and integrity.

Translation with verse number in brackets:

(7) It is He who revealed to you the Book. Some of its verses are definitive; they are the foundation of the Book, and others are unspecific. As for those in whose hearts is deviation, they follow the unspecific part, seeking dissent, and seeking to derive an interpretation. But none knows its interpretation except God and those firmly rooted in knowledge say, “We believe in it; all is from our Lord.” But none recollects except those with understanding.

(10) As for those who disbelieve, neither their wealth nor their children will avail them anything against God. These will be fuel for the Fire.

(14) Adorned for the people is the love of desires, such as women, and children, and piles upon piles of gold and silver, and branded horses, and livestock, and fields. These are the conveniences of the worldly life, but with God lies the finest resort.

(15) Say, “Shall I inform you of something better than that? For those who are righteous, with their Lord are Gardens beneath which rivers flow, where they will remain forever, and purified spouses, and acceptance from God.” God is Observant of the servants.

(59) The likeness of Jesus in God’s sight is that of Adam: He created him from dust, then said to him, “Be,” and he was.

(71) O People of the Book! Why do you confound the truth with falsehood, and knowingly conceal the truth?

(76) Indeed, whoever fulfills his commitments and maintains piety—God loves the pious.

(92) You will not attain virtuous conduct until you give of what you cherish. Whatever you give away, God is aware of it.

(97) In it are evident signs; the Station of Abraham. Whoever enters it attains security. Pilgrimage to the House is a duty to God for all who can make the journey. But as for those who refuse—God is Independent of the worlds.

(104) And let there be among you a community calling to virtue, and advocating righteousness, and deterring from evil. These are the successful.

(108) These are the revelations of God. We recite them to you in truth. God desires no injustice for mankind.

(114) They believe in God and the Last Day, and advocate righteousness and forbid evil, and are quick to do good deeds. These are among the righteous.

(120) If something good happens to you, it upsets them; but if something bad befalls you, they rejoice at it. But if you persevere and maintain righteousness, their schemes will not harm you at all. God comprehends what they do.

(128) It is no concern of yours whether He redeems them or punishes them. They are wrongdoers.

(130) O you who believe! Do not feed on usury, compounded over and over, and fear God, so that you may prosper.

(133) And race towards forgiveness from your Lord, and a Garden as wide as the heavens and the earth, prepared for the righteous.

(135) And those who, when they commit an indecency or wrong themselves, remember God and ask forgiveness for their sins—and who forgives sins except God? And they do not persist in their wrongdoing while they know.

(137) Many societies have passed away before you. So travel the earth and note the fate of the deniers.

(138) This is a proclamation to humanity, and guidance, and advice for the righteous.

(140) If a wound afflicts you, a similar wound has afflicted the others. Such days We alternate between the people, that God may know those who believe, and take martyrs from among you. God does not love the evildoers.

(177) Those who exchange blasphemy for faith will not harm God in the least. A painful torment awaits them.

(179) God will not leave the believers as you are, without distinguishing the wicked from the sincere. Nor will God inform you of the future, but God elects from among His messengers whom He wills. So believe in God and His messengers. If you believe and practice piety, you will have a splendid reward.

(191) Those who remember God while standing, and sitting, and on their sides; and they reflect upon the creation of the heavens and the earth: “Our Lord, You did not create this in vain, glory to You, so protect us from the punishment of the Fire.”

(195) And so their Lord answered them: “I will not waste the work of any worker among you, whether male or female. You are one of another. For those who emigrated, and were expelled from their homes, and were persecuted because of Me, and fought and were killed—I will remit for them their sins, and will admit them into gardens beneath which rivers flow—a reward from God. With God is the ultimate reward.”

(198) As for those who feared their Lord: for them will be gardens beneath which rivers flow, wherein they will abide forever—hospitality from God. What God possesses is best for the just.

(200) O you who believe! Be patient, and advocate patience, and be united, and revere God, so that you may thrive.