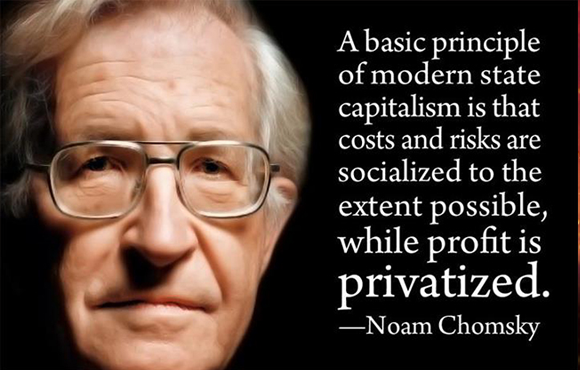 Avram Noam Chomsky is a well-known author of over 100 books. Born on the 7th of December, 1928, he is considered an expert in the areas of linguistics, politics, and philosophy. For the past 50 years, he has been teaching at MIT in the Department of Linguistics and Philosophy. Being voted as the world’s top public intellectual, he can safely be considered an authority on the area of political logic and criticism. He is the eighth most citied scholar and he has now earned a good name for himself for his criticism of mass media and the US foreign policy. Politically speaking he favors anarchist visions and his writings unveil him as a leftist. It all began with his work on the Vietnam War. This book is targeted towards the general audience who want to be well aware of what is going on and are more concerned about their future, for public policy makers, and the international elite. It targets how US foreign policy is a hegemonic design of the US less likely to ever let peace govern the planet.

General summary of the work

The book logically describes, along with historical proofs, remarks from published writers, and statements of the ruling elite, how, for nearly half a century, the US has desired global hegemony. In a language that has been criticized as brutal and harsh, Chomsky takes the reader on a journey that revisits exactly how US has ignored even the biggest threats in the pursuit of dominance. Despite being devoid of illustrations and pictorial representations, the author enthralls us with his mastery at vivid logic when he describes how tactfully the US has turned to politics in the form of global control. He describes how the US has replaced “preemptive” war with “preventive” war and used it to her advantage throughout the globe, the only intent being a drive for acquiring resources and dominion. The book is a detailed analysis starting from 1945 and goes on till 2003 where Chomsky depicts via words how the US has supported and witnessed without voice, crimes against the human race, abuse in the forms of genocide. The author claims that US vouches to be a torch bearer of human rights and democracy but since World War II, its support of the terrorists against Nicaragua and Cuba, its military interventions in the Afghan, Iraq, and Vietnam war, and its refusal to ban proliferation of WMDs speaks differently of their agenda.

Chomsky has not coined the word “Imperial Grand Strategy” but this is what he bases his main argument on. He claims that it is this grand strategy that the US is after, it wants to maintain a global hold over political power, it wants to crush any progressive reforms for at least a century, and control over the resources of the world. The US wants no one to challenge its authority and position therefore it reverts to the rule of force completely ignoring the law, international or domestic.

The author has enforced that the US has now started waging wars against states that MAYBE a potential threat to the US. Preventive war is an international crime, as per the author, where you wage war against which ever nation MIGHT pose a threat. Primary examples in this case will be Grenada and Iraq. This has been particularly evident in the regimes of Reagan, Bush, and G.W. Bush. The US is run by a gang of elites who have nothing else in mind apart from a few goals which include mainly a control over all the energy resources of the world, and through that, global power.
Chomsky further establishes that the Bush government is vividly different from the Reagan government since it has openly admitted to this dominion strategy. They have declared that nothing, not even international law and not even war crimes (because what the US does are not essentially crimes) will stand in the way. The author claims that now the US nation knows what its ruling elite are up to, defying all the truisms regarding terrorism and justice and to what cause!

In the author’s views, it was so apparent that although no evidence of WMDs was ever found, US still waged war just to gain access to the resource rich state of Iraq. The author sheds light on how there is a strong link between the Iraq invasion, how the media propagated a false image of Saddam Hussein, who was once a US ally, and the new international norms that are being established. The US showed its military might so as to scare the other states into compliance, and that other nations should be ready for a preventive war attack by the US in the future.

Hegemony or Survival is not the only piece of work on the topic of US Foreign Policy. There are several others for example, the work of Chalmers Johnson and William Blum. The Blowback Trilogy by Chalmers beginning with Blowback: The Costs and Consequences of the American Empire, The Sorrows of the Empire, and finally Nemesis, but nothing will match the lucid manner in which Chomsky has presented facts and information in this book.

The question is whether hegemony or survival is the intent here. From my own critical perspective of International politics and backing up my arguments from what I have read in books, research papers, online published reports and reviews, I would like to comment that where it was initially all about hegemony, the case now begs to differ. I strongly believe that it is neither hegemony nor survival, at the moment; it is a combination of both that is fueling America’s desire to be the “ruling force”. I would like to support my point of view on the basis of the argument that America’s economic prosperity is heavily dependent now on its war industry. It started from the great depression, the black Tuesday of 1929 and how the US came out of it after World War II, benefitting from investing into the war industry so much so that America has by far invested trillions of dollars in aerospace defense and arms. It comes as no surprise that America is ranked highest as far as such technology is concerned.

The book was a bestseller despite many harsh and negative reviews originating from the US and the UK. The book is exceptionally well written, and I would highly recommend it. I would also like to add here that the author does sometimes get overly negative about the US in general and that who so ever reads the book must ensure a completely unbiased frame of mind so as to understand the theme of the book. At some points, the book will leave the reader in a highly revolutionary frame of mind as the state of affairs unfold. The development of the book is gradual and is supported with proper facts from history and quotations by famous people where necessary. There are no illustrations or diagrams but end notes are given along with an index. The only thought left to ponder might well be that the work of Noam Chomsky, even in the field of linguistics changed the way people thought of language. If that stands true for this piece of writing as well, and people start seeing US in the light of what Chomsky has said in this book, what will it take to sway the minds of the readers (The Second Super Power – the public opinion) back to a point zero. Lastly, I would highly recommend some counter books to the one being reviewed here for a complete 360 degree perspective on the topic in question. Only and only then would one be able to make sound, logical and rational arguments about the topic. I am well through another book by a competitive counter author to Noam Chomsky and will be reviewing it soon so keep coming back!