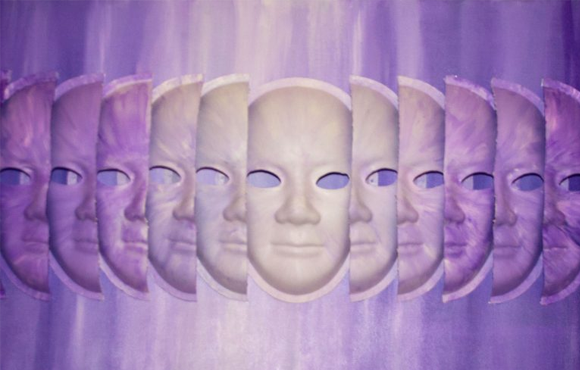 Society is defined as an organization of people living together in a certain environment under the influence of cultural norms and attached in the foundation to particular customs. In theory, one society is distinguished on the basis of these precise cultures and customs. More or so like human beings being defined by their varying personalities. When, while studying the psychology of humans, we notice a blurred sense of identity, mental health issues such as depression and anxiety and significant stress; we often tie these loose ends into meaning that the individual is suffering from Dissociative Identity Disorder (which was formerly known as the Multiple Personality Disorder). Of course a professional diagnosis will most certainly include more severe symptoms such as memory loss, a sense of de-attachment and a blurred sense of identity. Having said that, if we take a closer look at the cluster of beings we refer to as our society as it is right now in Pakistan, do we not see the same symptoms? Where moral-philosophical and quasi-religious excuses justify almost all our actions, should we deduce that our society is suffering from a Dissociative Identity Disorder? By saying that our society is suffering from a Dissociative Identity Disorder (DID) on the whole, I am effectively stating and implying that each and every individual is under the influence of a self-induced psychological trauma. I always used to wonder, having witnessed the cultural trend in movies, television shows as well as in person, why people in developed countries have a strong dependence on their psychologists. So much so that each company’s contract with their employees include the benefits of a company shrink. I wondered whether lack of religious faith has anything to with it? There have been various studies that have highlighted that Religion and Spirituality can have a profound impact on an individuals’ mental health. People who believe strongly in their faith – irrelevant of religion – have a tendency to depend on that faith in times of trouble. They have an ingrained habit to place trust in the hands of a Higher Power and their faith allows them to have the resultant mental peace. For example, in the Catholic community, after spending some time in the confessional, people have felt lighter and have said to achieve mental clarity. Similarly, in the Muslim community, having kneeled, cried and prayed leads to an inner peace said be addictively profound. However, those who do not want to believe in a higher power, in today’s modern world, tend to go to psychologists; professionals, who evaluate and study mental processes and human behavior. Psychology is a hugely famous and well paid job in developed countries, one that covers a broad range of issues regarding but not limited to marriage, mental health, family matters etc.,. In developed countries, when people cannot deal with what is going on in their mind, when their thought process turns into a blind alley, they trust their psychologists to show them that beam of light.

So what happens in countries like Pakistan, the Islamic Republic of Pakistan; where as per the CIA Fact book, 95-97% of the population is Muslim; where we are supposed to have clear ethical and moral lines; where we are supposed to have a clear identity of who we are; where lately, it has become customary to slap on a label of extremism whenever a slight reference to the Holy Scripture is made while tackling issues of real-life? What happens in a country like this when the pursuit of modernization over whelms us, when dependence on social acceptance threatens our mental well being, especially where the so-called social acceptance is gauged by popularity on social media and “selfie” expertise, when moral and ethical lines are so blurred that they become “a dot to us” and kneeling down to pray is seen as backward? We lose our identity – our sense of self! And it is not like we can turn to the hoard of psychologists who have lined up to clarify our minds. In Pakistan, the concept of hiring a psychologist is taking its time coming into practice. More often than not, the mere mention off leads to the notion of the person being “crazy”! And of course, for one reason or the other, kneeling down to pray from the Almighty is not an option because God Forbid we will be labeled as a devout follower of maybe the Taliban and such. Where many people still find peace in secretly resigning to prayers in the privacy of their homes, others still carry on with their lives while harboring an innate sense of misplaced yearning; a feeling they fail to identify and thus address.

Today, we stand between a rock and a hard place. Pakistan is developing but no one is teaching us how to cope with this development; no one is teaching us the art of balance. So we as a nation do not know how to base our foundation in faith and embrace change – moral, ethical, technological, cultural, economic – change. Unfortunately for us, we are a faith based society diving head first into modern culture. Our bucket list is what’s what of first-world problems and the sad fact is that we are OK with it!

Why do I say that the society is suffering from DID? I say this because the symptoms are irrefutable. I look around and cannot help spot the uncanny existence of a narcissistic culture taking root. I look around and I can visually see the dissolution of moral lines of behavior. What is the right thing to do today? The answer has become relative. Everywhere around me, all ages included, I see an ever increasing dependency on social media. Viral marketing of all things good and bad is an on-setting trend. I see an extreme lack of self-esteem under the guise of consummate self-indulgence. Our needs are judged by what the society deems appropriate. There are many of us who believe that a 5-day digital detox might actually lead to death. We do not know who we are and what we want!

I say we suffer from detachment because of the increased number of monologues I witness every day. People listen to you to reply and not to understand! From a distance, two people might be engaged in a dialogue but at closer inspection, you will discover two monologues – as if the other is not speaking but in fact both the participants are!

I say we suffer from depression as a society because popping pills like Xanax is now common place. Speak to someone around you at your workplace or academic institution and you will recognize feelings of guilt, decreased energy and a sense of hopelessness. You will feel like the person you are speaking to is on a path to nowhere. The same person will also tell you that they feel like no one understands them and that it seems like their voice has drowned amongst a sea of voices. And before you know, you will start to relate to what this person is saying. I say we have lost our identities because the difference between our online selves and physical selves has become too wide. There is a humongous society that exists online. That online society is not expected to be in-line with our existent physical society especially since it is made up of people from all around the world – and thus a million different societies. If a certain society is making big money off of You Tube channels, it doesn’t mean the same will work for us. If being famous on various social media platforms is a cause in another society, it doesn’t mean it has to be a cause for us! However, when we try to merge between the online and physical worlds, we lose who we really are in the process. And so when we meet other people, we are not sure whether we should expose who we are online or should we remain grounded and conservative so as to be in keeping with our physical society. Even worse is when we try to be overtly social, an all-encompassing amalgamation of everything noble. We have been trained by the society to think that we are beings of evolution and therefore, our primal needs should be met without the judgment of right or wrong.

Why would you presume this is happening? Where do you think that self-confidence go? The reason is simple! We are looking to be accepted for who we are not! This expansive development has allowed our mental capacities to go numb because we were not taught how to cope. Don’t take me wrong, I am not advocating a retreat to the Stone Age. I am merely suggesting that it is about time we snap out of this self induced state of mental hypnosis. We should stop making problems bigger than they really are. We should stop feeling insufficient. We should stop depriving ourselves of happiness trying to be a consistent perfectionist in an inconsistent world. We should try and punctuate our life with meaning. The right path is never a relative decision! Moderation is the key here.

Since this blog is focused on positivity, I wouldn’t drag the topic of where we are wrong farther than I already have. I know DID is a serious medical issue and all my sympathies for those going through it but for a society as a whole to head in that direction is just plain wrong. In an ideal world, we could persuade our government to build consultation centers, places where people could go and discuss the reality of what they feel and places where someone could help people decipher their thoughts. In an ideal world, our religion would mean more to us than it does today. But we do not live in an ideal world. A status quo that can be fairly ascertained by the fact that we have a total number of approximately 36 psychologists in the entire country. Where ever else the development is occurring in Pakistan, it is not in the field of psychology. So help yourself. Suffice to say that it is about time we stop feeling misunderstood and start acting like a nation we could be. Baby steps!

I am not saying we should start our own psycho-analysis but if we really put our hearts into it, happiness is more or less a DIY (do-it-yourself) kind of thing. Try to indulge in a good book or a good movie or even a good show. Opt for a digital detox and start with just an hour away from the screens. Talk to yourself. Record pep talks directed to you by you and listen to them as often as you would like. Make some real friends and be honest with them. Be kind and always willing to lend a helping hand. Don’t over think and over analyze. And sometimes, just let go. If we let it, the society- both online and physical- will consume every ounce of energy that we have and every little bit of positivity and that to with zero returns. Lastly and most importantly, have faith that every piece of this puzzle we call life is eventually meant to fall into place.

« Naran Kaghan – Beyond the Journey

Existentialism and the Last Commotion – With Rama Kayyali » 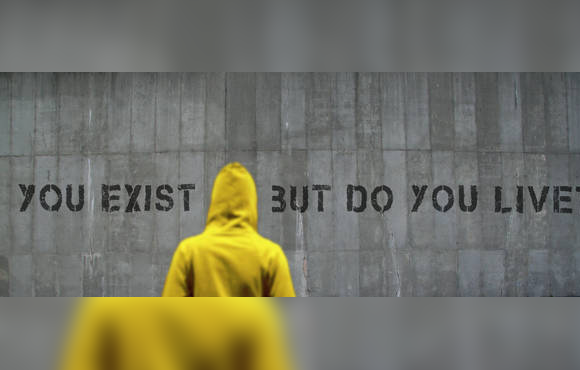 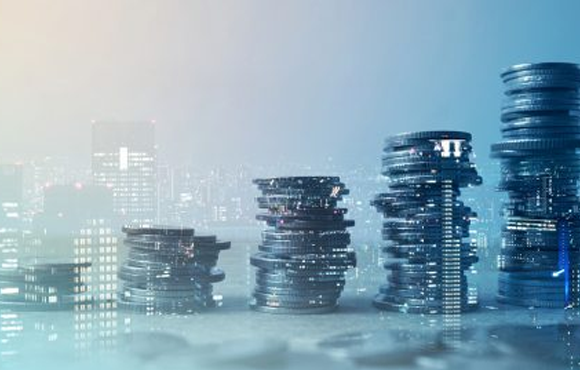 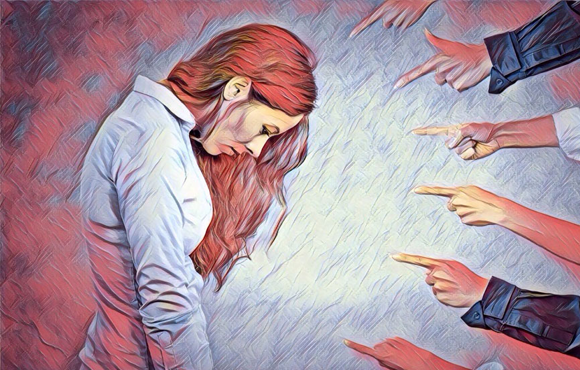