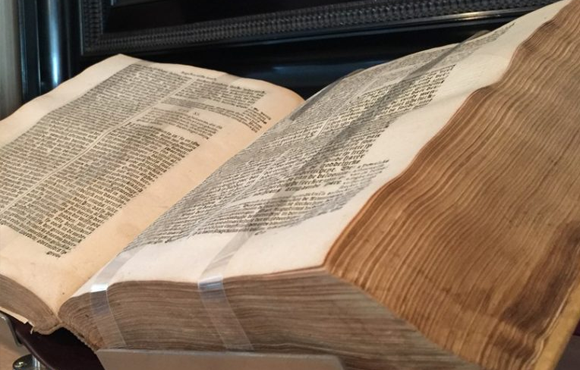 “Rumi tasawuf ka badshah tha!”, one of my professors remarked during a particularly insightful lecture on the Philosophical Foundations of Research. Naturally (pun intended) I questioned,”What is Tasawuf?”. He replied “Rumi was the king of mysticism”.This conversation had originated from God knows where but since it was a lecture on Philosophy, broadly speaking, the conversation ultimately does climb back up or roll back down to the legends that philosophy has seen. It is this sentence that is just stuck in my mind and consistently makes me think; not just of Rumi but of all those philosophers before and after him; of their thought process, of the countless written works that they compiled, of their  consistency in contemplation, of their never ending desire for knowledge, of  their quills and parchment, and of those times – when contemplation was practiced in its purest form. 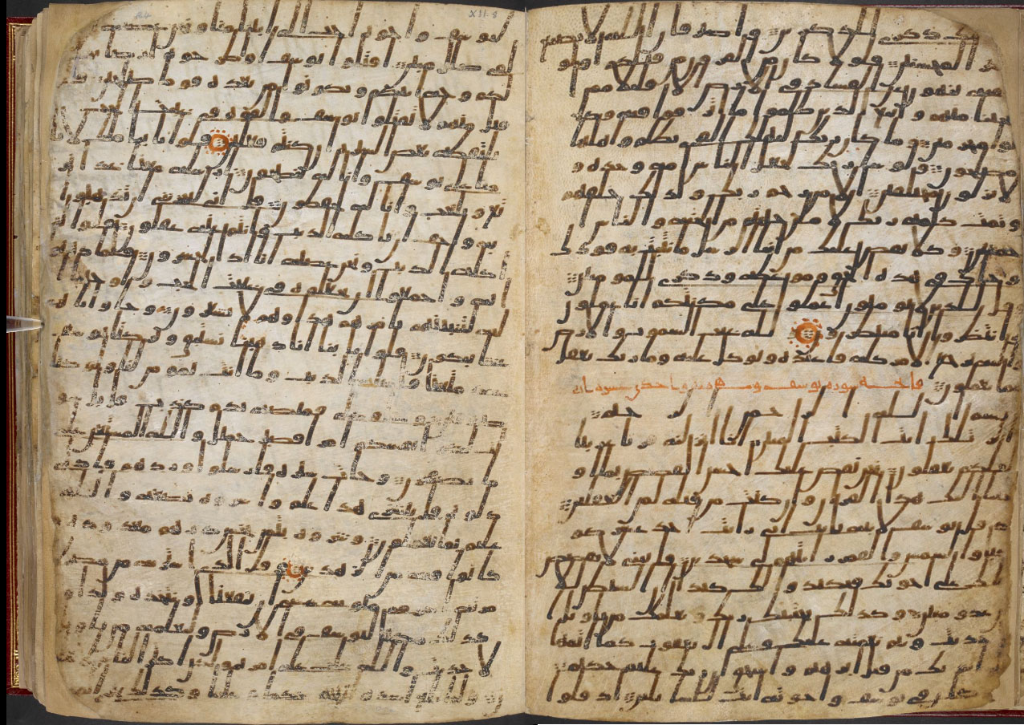 This absolutely fascinating remark made me put forth more questions to the professor and so, braving the risk of inviting his sarcasm – which is common for professors over the age of 80, with a knowledge bank that can lavishly fill out an entire library if the need arose – I asked him, “Why is it that almost all philosophers belonged to that age and that there are so few people left now? Almost all of the Philosophical work being done is either critique on previous theories or an application of them but as such, it appears that people are no longer contemplating.” I asked him that, “Isn’t it true that our religion asks us to do precisely that – to contemplate. To use our minds for thinking about the things that inform our perception using the senses that we have been bestowed with?”

And they shall say had we but listened or used reason, we would not be among the inmates of the burning fire.” (Quran, 67:10)

“And whoso brings the truth and believes therein such are the dutiful.” (Quran, 39:33)

To my first question, he replied that there is a belief that most of the philosophical thought generated at the time when it was assumed that prevalent religion is not offering all of the answers. The world went through the Age of Enlightenment or what is simply called the age of Reason. It was solely “reason”, the primary source of authority and legitimacy that advanced ideals like liberty, progress, tolerance, fraternity, and the dichotomy between church and state.

To my second question, the professor replied, “Indeed!”. He narrated a small story of when Muslim armies used to camp near enemy lines. He stated that at the time of war, not all men left to fight. Some of them stayed back, deliberately, so that they can think, analyze and contemplate for the sole purpose of gaining a better understanding of things – all things. And it was the job of these few men to enlighten those who had left to fight once they came back. So yes, surely, meditation, contemplation and the will to gain knowledge has been greatly appreciated in the Islamic religion. 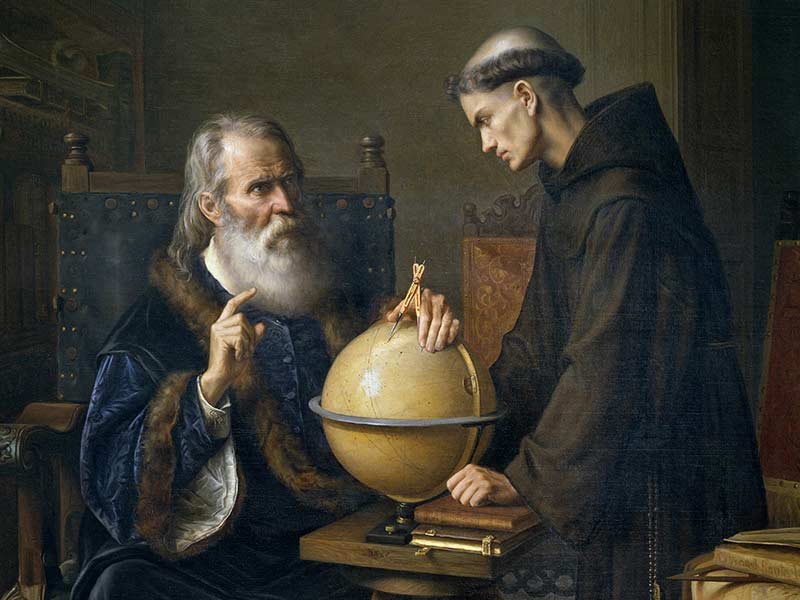 But even if we step away from religion, and look at the bigger picture – for instance the major philosophers of the olden times – if we look at Confucius, Thales, Democritus, Pythagoras, Socrates, Plato, Aristotle, Augustine of Hippo, to name a few – and endeavor to perform the daunting task of flipping through some of their works, the knowledge contained therein is baffling. These people and so many more of them, they were great thinkers. Men who actually put mind over matter, so to speak and figured out some of the riddles of this universe. But my question is, why has this quest for knowledge and the thirst for answers stopped now? I imagine these people with their tomes upon tomes of literature, their writings, their patience with a quill on parchment and it leaves me astonished.

If you allow a child of today the liberty to decide whether he wants to pursue formal education or not, the result of a worldwide tally could pretty much yield more than 50% of them declining, and this is a reserved estimate. What does this tell us? Why are we so averse to knowledge? I was watching this show recently on Netflix (called The Terror if anyone is interested) and it portrays and era from back in 1848  when two real life war ships take upon an expedition to find the Northwest passage but get trapped in ice near the Arctic. In a particular scene, they show the Captain of the ship dutifully noting down the details of the expedition and there it was again – the quill and the parchment – the same zeal to know more, to document and to learn. I was reading Frankenstein (the classic again) and going through the initial chapters which document the research journey that the scientist took, where he went through volumes upon volumes of Cornelius Agrippa and other such writers, merely in pursuit of the subject that he had his mind set on. And yet again, the longing with which he devoured all those texts just to find for himself an answer to the questions in his mind was oddly inspirational.

To find such instances of the hunger for knowledge, one can look at several other places, at several other successful people and it will primarily be their accumulation of and command over knowledge that will be most inspirational. All accomplished people, it seems, read more than 30 books in a year – their private collections boast a who’s who. Even in latest fiction, for instance, the Harry Potter saga, Hermione was the one shown with the thirst for knowledge and it was inspiring the way she tackled gigantic books; then if you see Game of Thrones, the visions of Samwell Tarly in the Citadel Grand Library of Oldtown would fascinate even the most bored of the word “book”; so on and so forth. 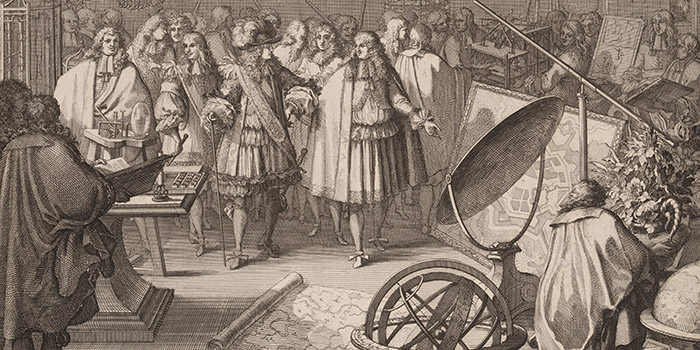 These days however, it seems that a mere Google search is enough of an answer to all of our queries. There is no curiosity except for who wore what and who earned how much and who divorced whom and who has more money than whom and how to most quickly climb the social ladder to nowhere. Why? I dream of a day when children, the young, adults and the old would rush to their books. If only we could learn more and disperse more knowledge than hate, spend more time in contemplation than gossip and offer up small chunks of our time to meditation – the world would be a better place – regardless of all ethical, religious and national differences. To me, a joint quest for knowledge is our ultimate aim.

The same professor said, “Our Quran teaches us to go out into the world and explore!”. As I nodded in the affirmative he said, “Have you ever realized that only person who truly fulfilled this particular commandment was Darwin?” – “That he is literally that one person who went out and who explored and he is the one person we truly detest because of our antagonistic approach towards his theory of evolution?” – “Our failure to even acknowledge another point of view is one of biggest signs of our lack of knowledge.”

In my mind I thought, “and here we are, assuming that we now know everything while completely ignoring the universal truth that when you think you know everything, you truly know nothing!”

An Open Letter to Fatima Group »